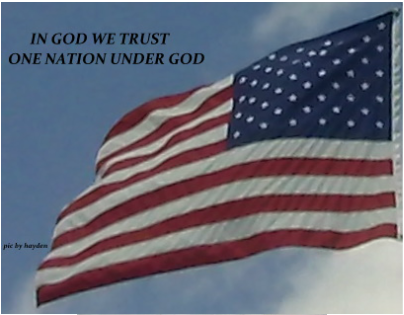 _
CLAUDVILLE, Va. —  As the Dan River Representative on the Board of Supervisors. I am concerned about the direction of the county’s annual budget.

I was one of two that voted against  the budget as  presented by the the County administration. My Reasoning is; It isn’t a  balanced budget , ( Revenue equals Spending) as in past years, or a surplus budget.
It’s a deficit budget  of approximately one million dollars. Funded by drawing down County Savings .

I am  concerned about depleting cash reserve funds — as well as putting the county on  shaky financial  ground, rather than operating within its means. Taxpayers deserved a budget that reflects available revenue and maintains our reserve funds.

The  precedent  set by using reserve funds  to balance the county spending plan will produce  consequences. Compounding the negative affects of the approx one million dollar FY2013 deficit  well into future budgets.
How, you ask? Think about ones personal finances, if funds are taken from personal savings and used to increase your spending on long term purchases, then what do you do the following year?
Two choices, raise revenue by getting a second job or draw more out of savings.
Now, since the County Government relies solely on taxation to support spending; their choice is to raise revenue through higher taxation fees or additional taxation.
My theory is to spend within our means.
FY2013/FY2014 deficit will require a 12-cent increase to the present 48 cents per $100 real estate levy to  alleviate the deficit.

With unemployment high, jobs scarce as hen teeth, more Patrick residents living on less, private sector employment dwindling as Tax Payer supported jobs increase, at a time population composed of many older residents on fixed incomes continues to grow  , as younger generation leaves to seek employment,  It makes no  commonsense that our limited-taxpayers should be put at risk in such a way.

Tax taxpayers tell me they are not willing or financially solvent  to absorb increases in real estate and/or personal property taxes. We must instill Commonsense within our Government!

ALEXANDRIA–Virginia’s unemployment rate is among the lowest in the nation and revenue jumped nearly 20 percent in May, but economic recovery is not coming to all Virginians, leaving Gov. Bob McDonnell skeptical that “a rising tide can lift all boats.”

In April, the state experienced growth of of 0.7 percent however, most Virginians did not experience this growth. The state’s good fortune is really the northern region’s good fortune, as the south of the state continues to lag. Northern Virginia carried the state, growing 1.1 percent in the month. This offset the decline in Hampton Roads and Richmond-Petersburg, which fell 0.2 and 1.0 percent respectively.

McDonnell is disturbed by the trend.

“I’m of the belief that the rising tide does not lift all boats and that’s why we’ve tried to focus on some of the mega trends in economic development and then try and direct as many projects as we can to the south side and southwest where they’ve had chronic double-digit unemployment,” he said. “Northern Virginia continues to drive a lot of the economic activity and sales tax. And locally it’s about the only area in the country where real estate values have actually started to go up again.”

Northern Virginia has proved one of the luckiest areas in the country during the recession and has bucked most economic trends, thanks to a surge in federal spending and job opportunities with government agencies, contractors and defense groups. It’s home prices have done the impossible, steadily rising even as the real estate market countrywide continues to free fall.

The south and southwest areas of the state have not been as lucky. These areas have reeled in economic decline for more than decade, as textile, tobacco and furniture makers have closed up shop, sending tens of thousands of blue collar workers into the unemployment line.

“Some places are growing, some are not,” state Secretary of Finance Ric Brown said. “Go to a place like Danville, a place that’s got high unemployment; you will find that its traditional economic base — textiles, furniture — left in recession and hasn’t come back and it isn’t coming back.”

The state is channeling projects and directing business to the poorer areas of the state. The $3 billion transportation spending pushed by McDonnell, for example, is expected to improve Virginia’s infrastructure and roads — but it will go a long way in getting unemployed textile factory workers back in the job market. Economic development, according to Brown, is even more important than state projects.

Leaders in Richmond courted businesses and money makers from across the world to set up shop in some of Virginia’s most distressed areas, and the state is shelling out millions in tax breaks in some cases to hammer a deal through. The governor’s office, for example, plans on shelling out $4.6 million to Steven Spielberg this year to help him produce his Abraham Lincoln biopic blockbuster. The Virginia Motion Picture Tax Credit program funds have ensured that the legendary director would park his trailers in the Richmond-Petersburg area for the next year and hopefully gin up some economic activity.

But financial incentives and business wooing are not so simple. The governor could have offered to pay for the entire film if only the director set it in Virginia Beach, Spielberg would have turned him down. The film required the natural setting and elements of the Richmond-Petersburg area; the subsidy just sweetened the deal.

“In terms of economic development, you must find employers that match up with these areas and it is difficult because  they either don’t have the natural fiscal attraction to get a company interested or the quality of the workforce does not match up with what a company needs,” Brown said. “The stability of the region in northern Virginia has a lot to do with the human assets and educational levels that other regions in the state and country do not have.”

The state has highlighted education and vocational training in its incentive programs to prepare residents for work in more technologically advanced fields. Such incentives have produced some multi-million dollar expansions from companies in southern Virginia. On June 17, Presto Products Company, a packaging maker, announced a new $6 million investment in its Halifax County plant, drawing enthusiastic praise from the governor, as well as money and services from the state.

“The Southern Virginia Higher Education Center (SVHEC) collaborated with regional partners to develop and coordinate the multi-faceted workforce-training program. Training of incumbent workers will begin at the SVHEC in June,” a release from the governor’s office stated. “Through its Virginia Jobs Investment Program, the Virginia Department of Business Assistance will provide funding and services to support the company’s recruitment, training and retraining activities.”

McDonnell says such programs have produced results. There was even some good news for the state’s more distressed areas in the state’s latest economic report.

“The five top areas of the state that have shown the biggest improvement in unemployment rates have all been in the southside and southwest,” he said. “So, the things we’re starting to do down there have started to make a little bit of a difference.”

The Tobacco Indemnification and Community Revitalization Commission’s mission also ensured its failure, according to a former member
Click here for story>>>     http://www.martinsvillebulletin.com/article.cfm?ID=28955