Roger T Hayden,
The only way to reduce tax is to cut spending! 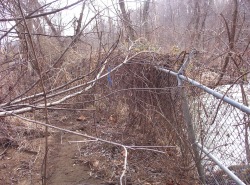