I received only one reply thus far about the question I ask, Read below, 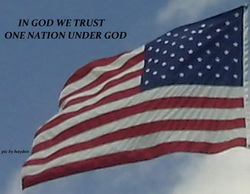 CLICK HERE TO READ REPLY'S...
Would someone clarify as to why Electrical Rates are going up? I thought in 2007 the State went back from deregulation to regulation, thereby setting up a State Committee that would have the responsibility to approve or disapprove rate increases. If so is this Committee rubber stamping the increase request?  Was it a good idea to go back to regulation?
Regards, Roger I received only one reply thus far about the question I ask, Read below, Thanks!

Yes, Virginia “re-regulated” in 2007. Electrical rates went up in 2006-2010 mostly due to cost of coal which went up from $40 per ton to $140 per ton, today it is about $90 per ton. India and China were on a buying spree, China opening a new coal fired electricity plant every month, and  US regulations on coal mining and coal generation plants were beginning to be reflected in costs of electricity. The cost of clean-up regulations was about 4-5 BILLION from 2006-2010 and that is passed on to us in previous increases and for the current requested increase is 80% of the 9.6% they have requested. 9.6x89% equals 7.68% for EPA and 1.92 for other costs they claim. The latter includes a purchased natural gas plant in Ohio, purchase of wind generated electricity which is more expensive then coal, etc.

The SCC which is 3 Administrative judges who decide how much to give them. The 3 have many very knowledgeable state staff who know and understand utility costs and pricing and profits and all that. The 3 judges  are appointed by Governor and General Assembly. I don’t get a vote, nor does Armstrong. I don’t know anyone from either party saying they are asleep at the wheel. The Obama policies are a war on coal mining and coal plants—quote from Obama in 2008—“”Electricity costs would necessarily skyrocket” from San Francisco Chronicle 2008 quote.

I don’t know anyone and have not heard anyone say  Virginia should not have re-regulated, especially after California’s experience with deregulation—their rates skyrocketed and brownouts and blackouts.

Remember the Attorney General is the “lawyer” for us consumers and businesses. He too has knowledgeable staff that recommends reductions to the SCC judges. Last time his work reduced the proposed increase from 160M to 59M. Great work Ken.